To a thriller-themed soundtrack, the artist's hands carve white plaster from which emerges a fantastic necropolis.With a humor tinged with surrealism, Philippe Mayaux combines ideas, shapes and colors and gives us his vision of Kitsch today.

Babylone Melba
A night-time broadcast disturbs the screens. Tonight's programme: Planet Junk. Georges de Genevraye has the sponge-like vision of someone addicted to bolo do caco, whose dilated pupils are steeped in strange humours. In this film, his eye follows the hands of the artist Philippe Mayaux, a doctor of amphigoric sciences and an adept of unbridled hybridization inspired by Zorglub. Caught up in a deranged symphony by Boussiron, unworthy offspring of a dysphasic Bernard Herrmann, this plastic surgeon of the infernal rummages through the debris of a consumerist society in search of ousted materials necessary for his new operation.
Unsettling and expeditious, like the dreamed-up credits of an S.F. soap opera entrusted to Arrabal, Planet Junk is the prelude to a twilight phantasmagoria whose synopsis could be as follows: “Sometimes, like a cuckoo, the cosmos chooses a dustbin under the porch of a building to hatch. Crack! So, when the plastic lid lifts and the contents spill out onto the ground, you only need to be sensitive to the astral wind that blows, hollowing out the rubbish into fertile furrows, to pick up the remnants of shells. Thus, on a steel table, the outer casings of trinkets, rattled once then embalmed in a huge morgue, can give birth to a virgin, milky city, like a modern carcass offered to invisible futures. All that’s missing is the flesh and it’s already the end of the Big Bang... Infinity’s had it, the messiah will be coming back.”
La Troisième Narine
Chapdeuil - February 2018

La Troisième Narine was born in Libourne in 1980. Art columnist for Fluide Glacial, he is also exhibition curator for La Véranda and artistic co-director for Ferraille Productions of the Formula Bula festival, comics and more.
The Artist
Philippe Mayaux was born in 1961 in Roubaix (59).
Painter and sculptor, he lives and works in Montreuil.

He is represented by the galerie Loevenbruck in Paris. 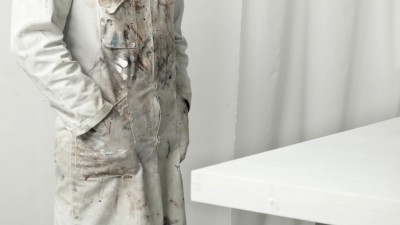 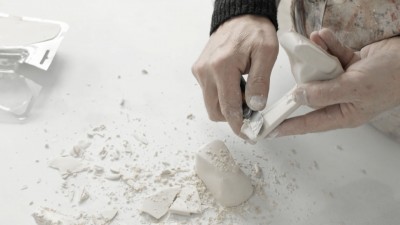 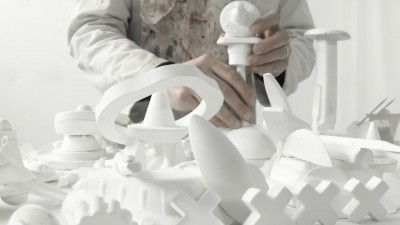 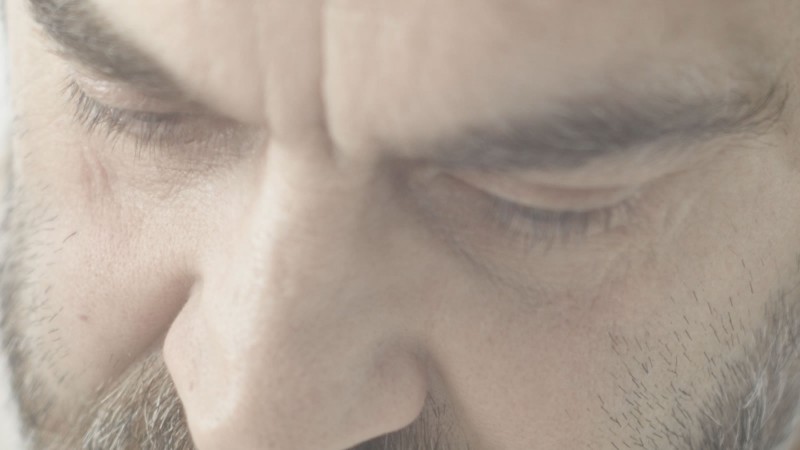