In Sofia, in the shadow of a brutalist structure, Stefan Nikolaev's "Half-Life" takes shape in the hands of craftsmen, an ironworker and a glassblower.Stefan Nikolaev's works, the fruit of what he calls his own voluntary dislocation, revisit icons of our contemporary society, leaving a haze of "cool nostalgia" in their wake.

Half/Life, or return to the matrix

Imagine a life cut in two, with a slash through the centre. "Half/Life" is a tandem effort by the artist Stefan Nikolaev and the director Stanislav Valade. It is a film with a bipolar title which, from the opening credits, draws us into a rhythm, an alternating current. We pass from shadow to light, from music to silence, from the hubbub of the city to the perceived serenity of mountainous landscapes. Bulgarian/French. Colour/black and white. Like a constantly moving choreography. Gentle reverie, hard work. Soft focus, technical precision. All is meant to conjure up a binary, even bicephalous way of life. An endless on/off.

Yet for Stefan Nikolaev, the slash is not a separation but a transmission, a bridge that rises and falls between two homelands that are equally dear to him. On one side, Sofia, where he was born in a biological sense in 1970. On the other, Paris, the site of his artistic rebirth since 1988. Paris, the "sublime city" into which he plunged as a student at the École des Beaux-Arts, evading his national destiny as he did so. And beautiful Sofia in Bulgaria, his communist-era home.

Today, the former Soviet bloc country has lost none of its expertise or its taste for hard work. To experience the satisfaction of a job well done, there’s no need to watch the clock. Stefan regularly returns to his Bulgarian workshops where he has been active since the mid-2000s, bringing to life the pieces he dreamed of in Paris. It is this union, or rather this unification of identities, that the voiceover – Stefan Nikolaev’s voice – manages to portray as, with warmth and lightness, he tells us about his in-between worlds. Switching from Bulgarian to French, he describes the constant side-stepping that has become second nature, a way of life. Neither part can exist without the other, so they nurture each other, carrying the artist gently back and forth. A double-dose life that he cannot do without, oscillating between contrasts and harmony.

Stanislav Valade, himself half-French, half-Bulgarian, has decided to portray the artist from a Sofian perspective. With great accuracy, Stefan Nikolaev points out the “voluntary separation that continues to be a driving force in his life and work". And so we follow him, step by step,  in the mysterious process of creating a work. The artist takes us from one workshop to the next in the company of expert craftsmen, all as diligent as they are dedicated to their field. From blow torch to hammer blow, we go from Marko's studio to the neon specialist’s workshop as he carefully carves out luminescent sentences in 3D. It almost feels like family in this world, where everything has its place. Down to the the resident magpie; she too tries to make herself useful.

Meanwhile, there’s no stopping the artist. Between two technical sessions we find ourselves in the heart of Buzludzha, a monumental brutalist palace from which he draws his inspiration. A sort of alien vessel lost in the middle of a lunar landscape, crumbling gracefully to the four winds. As the beautiful ruins of this communist symbol gradually fade from Bulgarian history, Stefan Nikolaev's work comes to life there. In this alliance of metal, glass and neon, a work takes shape before our eyes. It is a circular piece cut in two by a central slash. It reads "Half/Life" in letters of fire. The film has effectively served as the pretext for a new work. A portrait within a portrait, a mise-en-abîme, convincing us that "Half/Life" – so much more than "half a life" – is well and truly a matrix.

The Artist
Stefan Nikolaev was born in 1970 in Sofia, Bulgaria. He divides his time between Paris and Sofia. He is a visual artist and sculptor and is represented by the Michel Rein Gallery, Paris and Brussels.
Director and cinematographer
Stanislav Valade 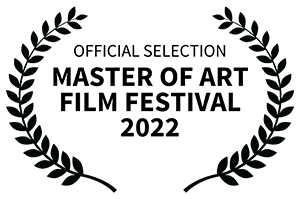 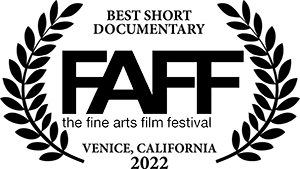 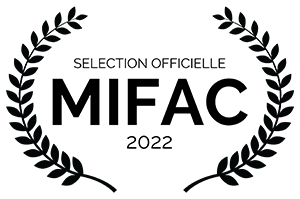 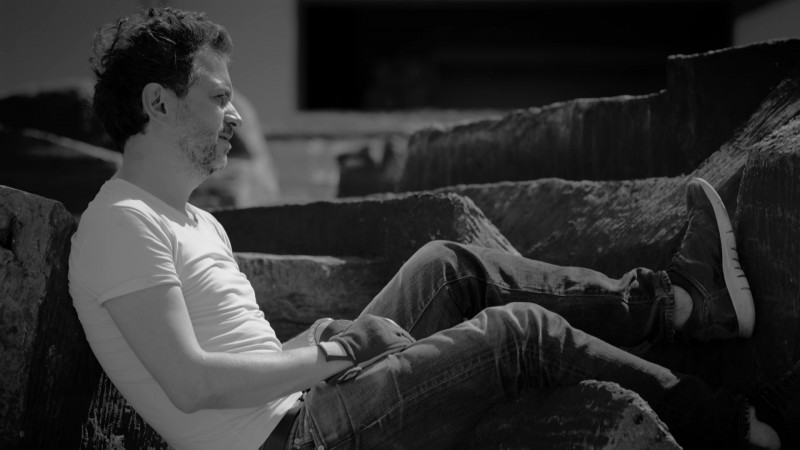