The myths of Agathe

Animated by the irrepressible need to draw, passionate about role-playing, Agathe Pitié merges myths, fantasy and her personal universe in her works.His large, colourful, narrative and meticulous ink drawings are irresistibly reminiscent of medieval illuminations or Persian miniatures.
With virtuosity and humour Agathe Pitié captures and brings chaos to our contemporary world.

The eyes of Agathe
For if of poor us you take pity, God of you sooner will show mercy. François Villon. In the beginning was the dream of a god... So that men would survive the torments of their nights, he created the bearers of destinies, beings that would assiduously keep the violence of reality under the yoke of their quills and their brushes. In the world of precious stones, legend has it that red-veined agate is permeated with the blood of the gods. And that is how since the dawn of time, the sublimated iris of the Agathes has tamed chaos.
On the back of a one-way mirror, the moving images of Agathe Pichard unveil the arcana of Agathe Pitié's timeless tapestries. In this self-confessed role-play, the filmed lament of the two Agathes brings back to life the contemporary epic of the Chanson de geste. To the eyes of mere mortals, the artist's iconographic polyphony appears like a work of witchcraft where elves and heroes of Antiquity rub shoulders with the God of the Scriptures. In the profusion of her tales, where the bacchanal of gods and beggars illustrates the myths of the peoples of the earth, Agathe Pitié, the illuminator, conveys a new enchantment to the legend of the very rich hours of mankind.
No matter how dense the darkness, we can still glimpse the light... From line to colour, Agathe Pitié’s visions crystallize in the fervour of a tavern in black and white, where benevolent demiurges give carte blanche to their sovereign messenger.
Viviane Montagnon, writer
Saint Germain du Bois - May 2018
Viviane Montagnon was born in Lyon and lives in Bresse. She is a writer, an author of songs and theatre, an actor, and a singer. One of her latest works Le Panier de Lucette (Lucette’s Basket) was published in 2014 by Editions Aréopage.

The Artist
Agathe Pitié was born in 1986 in Castres (81).
Plastic artist, she lives and works in Toulouse (31).
She is represented by the Michel Soskine Gallery in Madrid and New York.
Director
Agathe Pichard
Cinematographer
Eric Genillier
Editor
Maud Anquetil
Music composer
Annika Grill 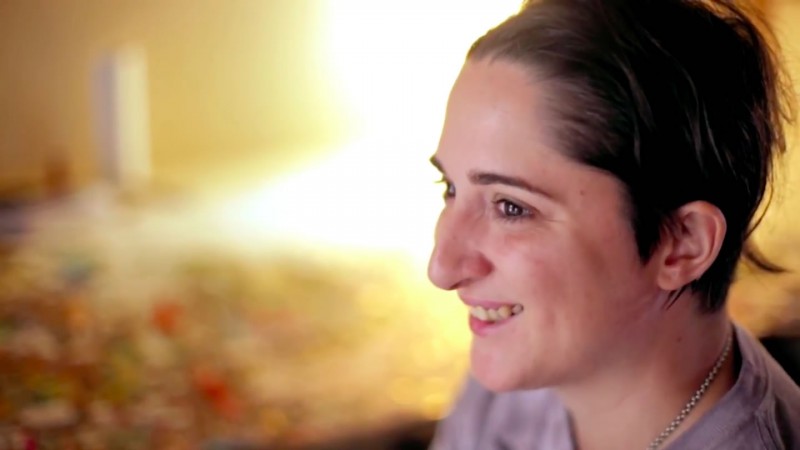