"Photography... Because every morning, life's enchantments are there, generous enough to allow themselves to be seen by whoever wants to see them. …to share that rare instant with you when, behind the lens, the veil opens halfway." Antoine Tudal

"Philippe Durand, who was involved very early on in experimental film, continues to pursue this path in still frames in the landscape of "low intensity markers". With Antek, in the company of Antoine Tudal and Xavier Boussiron, Philippe Durand transcends the boundaries to compose a kind of song of the earth that makes the heterogeneity of the universe resound. Experience is at the heart of the story: Viviane Montagnon, the true mouthpiece for Tudal's poems, sets the tone for an initiatory journey. Shots follow photographs, which sometimes push from the bottom up like this monolith sculpted by Tudal, half unhewn stone, half rock transformed in the Paleolithic. Sometimes words reach us as repetitions, the cave, the void, like the mantra of a ritual where the patterns metamorphose, surprising those who use it. In the depths of matter knotted shapes appear, source, source repeats the voice. Tudal's drawings are transformed into shifting hallucinations, as if revealed by a trance. The composition coils up to, suspense, push open the door of this strange space-time manipulated by artefacts that "transform" (again the voice!) the concrete alchemy of the living. Concentrated, concentrated, repeats the poem once more. The spectator is gripped by the water that slides as on a vinyl record, the fire that breathes, old organism, hors d'âge. The coloured planted space ionizes the atmosphere, the irradiated white roses and the past embroidery of primroses and time, perhaps, lets out the angel's share."
Lise Guéhenneux 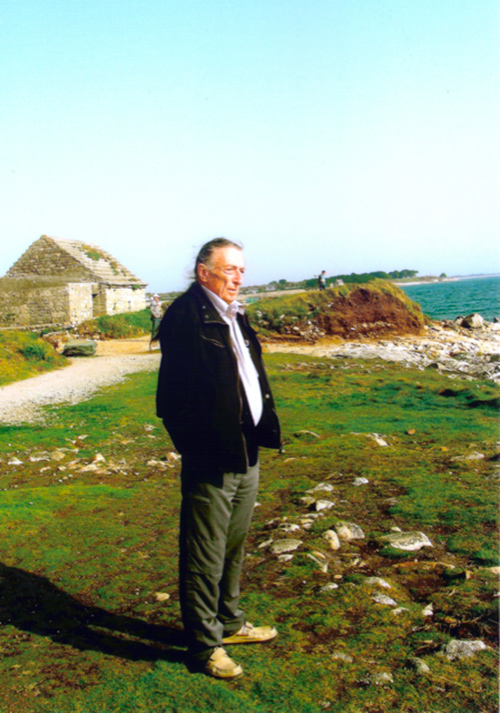 Born on 28 March 1931 in Warsaw, the grandson of a Breton admiral, he died on 11 April 2010 aged 79 in Lons-Le-Saunier. He was a poet, playwright, photographer, actor, scriptwriter.

Son of the painter Jeannine Guillou, who became Nicolas de Staël's companion when he was seven, Antoine Tudal spent his childhood and adolescence in the company of the great painters and artists of the 20th century.

When he was 13, he wrote the collection of poems Souspente, which would be illustrated by Georges Braque and prefaced by Pierre Reverdy – a work reissued in 2019 by Le Bruit du Temps with an original text by his sister, Anne de Staël.

A few years later, at Nicolas de Staël's request, he produced a series of photographs of the painter in his studio.

Awarded with an Oscar for the film Les dimanches de Ville d'Avray ("Sundays and Cybele") in 1962, he went on to collaborate with Orson Welles, Bertrand Blier and Jacques Prévert, to name but a few.

Having caught the attention of Raymond Queneau at Gallimard, he brought out his first novel Tempo with the publisher.

In the '90s, he developed a passion for the circus, which he photographed using an aesthetic, rather than factual approach.

His photographic research on life's pareidolia has led to a poetic, complex vision of the world, inciting us to bring his work to the general public.

It is this artist and his protean work that we want to bring to light, to allow as many people as possible to discover him.
"The film ANTEK is based on Antoine Tudal (1931-2010), poet, screenwriter, playwright, but also –less widely known– a photographer. A return to Saint-Germain-des-Bois, in Bresse Bourguignonne, where the artist lived in the early years of this century. Tudal spent a lot of time producing strange photographs, in the garden, at the water's edge or in front of the flames of the stove: it is a whole world he reinvented. Receptive to this perception of reality, the artist Philippe Durand weaves his way into Tudal's world. The images capture the energies of the place, be they plant-based, liquid, gaseous, mineral, or human. To see at last! The fixed shots, shot in super8, slow the gaze. Conceived like a silent film, the composer Xavier Boussiron has created an original soundtrack from recordings of Antoine Tudal's poems, read by Viviane Montagnon, his companion. The music acquires its own rhythm, in response to the sequences that attempt to capture the genius of the place, the rhythm of the wind, the fire, around the house where he lived."
The Artist
Philippe Durand was born in 1963.
Plastic Artist, he lives in Paris. 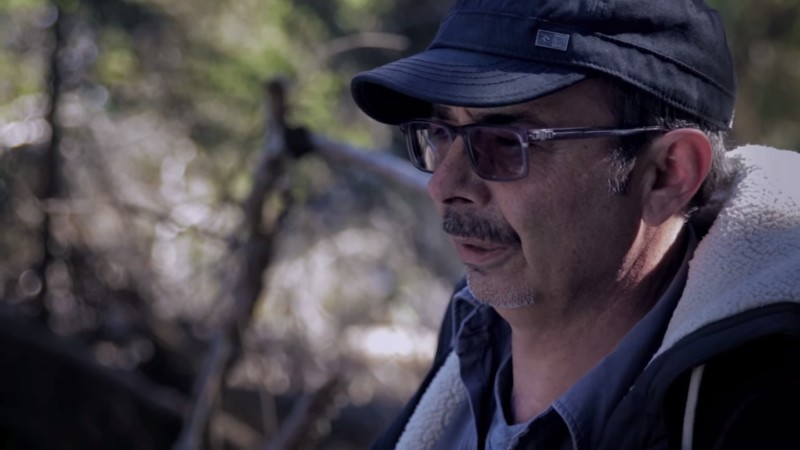